Loneliness. It has been called a growing health epidemic in the U.S., and with good reason.

Almost half of those in the U.S. say they often or always feel lonely, according to a recent study by healthcare services firm, Cigna. This is a significant and worrying statistic, because loneliness and a feeling of isolation are associated with dementia, depression, anxiety, cardiovascular disease and reduced lifespan.

Loneliness has the same impact from a health standpoint as smoking 15 cigarettes per day, in fact, and it is even more dangerous than obesity.

So if half the population is lonely and isolated, we have a big health crisis on our hands.

Not So Social Media

A big part of this growing sense of loneliness and isolation comes from our changing social habits.

Whereas we once engaged with our friends and colleagues in person or by phone, we now increasingly do so through social media channels such as Facebook, Instagram, Snapchat and others. You need only look at the habits of people on a subway or in a mall to notice that we’re now interacting with our phones more than those around us.

Much of this time is spent on social media. The problem is that “social” media isn’t actually that social.

There’s the illusion of social interaction on social media, with plenty of Likes and information about the daily lives of those around us. But this is shallow and deceptive social interaction. Most of us aren’t connecting deeply on the human level with the people on our news feeds, we’re just making ourselves think we are connecting. Instead, we are alone and thumbing our way through links and humble brags.

In the moment it feels like we’re connecting with lots of people, sure, but most of the time we’re not. We’re actually disconnected and alone. Shallow social media interaction has replaced the deep human connections we had before.

It is no wonder, therefore, that the Cigna study found that those most likely to be affected by loneliness are young people between the ages of 18 and 22.

The very idea of social media as a replacement for genuine human connection is misguided. Shallow social interaction can never replace deeper one-on-one connections. The increasing loneliness and disconnection that we are witnessing is testament to that.

Technology Can Fight Isolation, Too

The challenge of disconnection brought about by social media does not mean technology is inherently bad. Technology can be part of the solution for this current loneliness epidemic.

The trick is using the technology for human-to-human interactions, not real-time updates broadcast to friends and followers. Technology has brought about social media that has created a sense of isolation, but so too has it opened new doors for finding and connecting people with shared interests.

We can go back to these roots to harness the benefits of technology and begin to decrease the unintended consequences of the current social media model. This is an important way out of the loneliness epidemic.

Crucially, it is not just about finding these people—social media does a good job of that. It is important that we make the space and the time for having meaningful one-on-one interactions with these people when we find them. That’s the difference between isolation and deep emotional fulfillment.

This missing piece—the interaction part—is why we created the HearMe app.

We believe that technology should make us more connected to those around us, not more lonely. So we’ve developed a platform that helps people quickly and easily find others with similar interests and life experiences—and talk with them in real-time. This helps us connect to another human being when we need it. 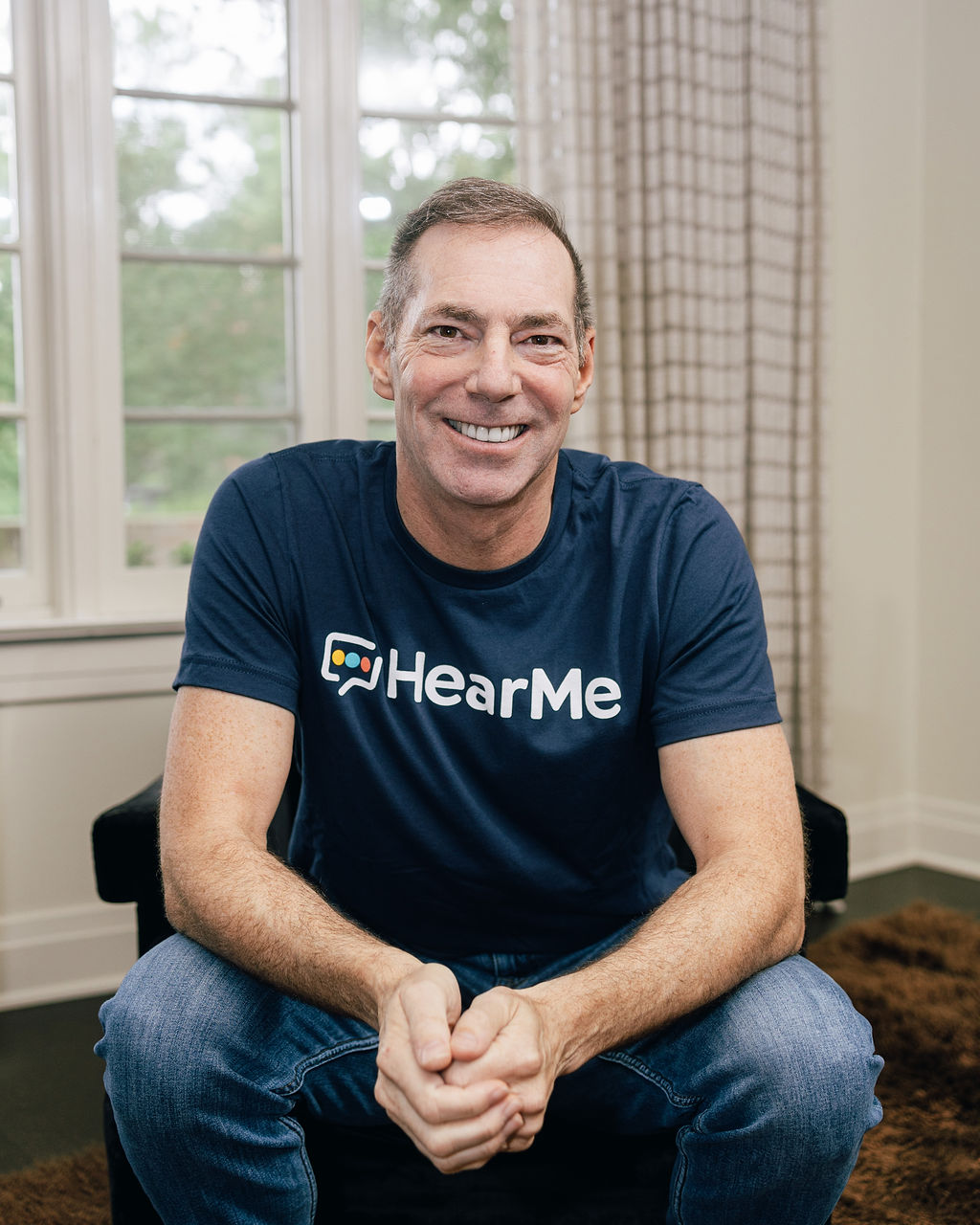 Thank you! Your submission has been received!
Oops! Something went wrong while submitting the form.
More Posts